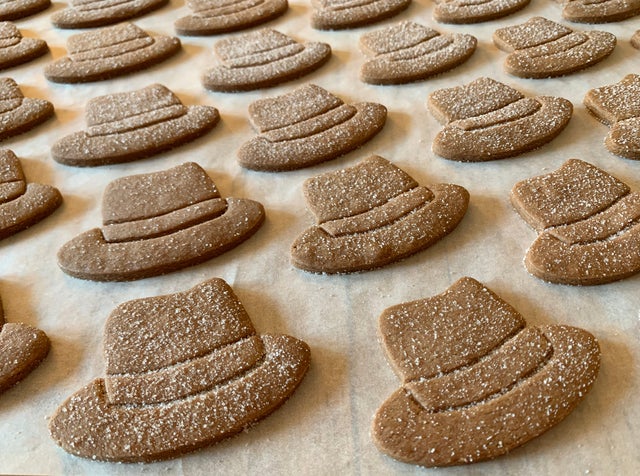 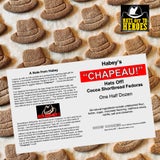 I came up with my hat cookies as a prospective opening night gift for Cagney, a successful Off-Broadway musical that ran for 502 performances at the Westside Theatre in 2016-17. Now I’m pleased to introduce them to you as Habey’s “Chapeau!” – Cocoa Shortbread Fedoras.

According to Wikipedia, the French word “Chapeau” is often used as an expression of approval and appreciation in France and other parts of Europe. Like the English expression “hats off,” it’s a verbal equivalent of removing one’s hat as a sign of admiration and respect.

Let us exclaim "Chapeau!" to all first responders and healthcare workers who have been doing so much for so many at this time. And "Chapeau!" to anyone in your life for whatever the reason!