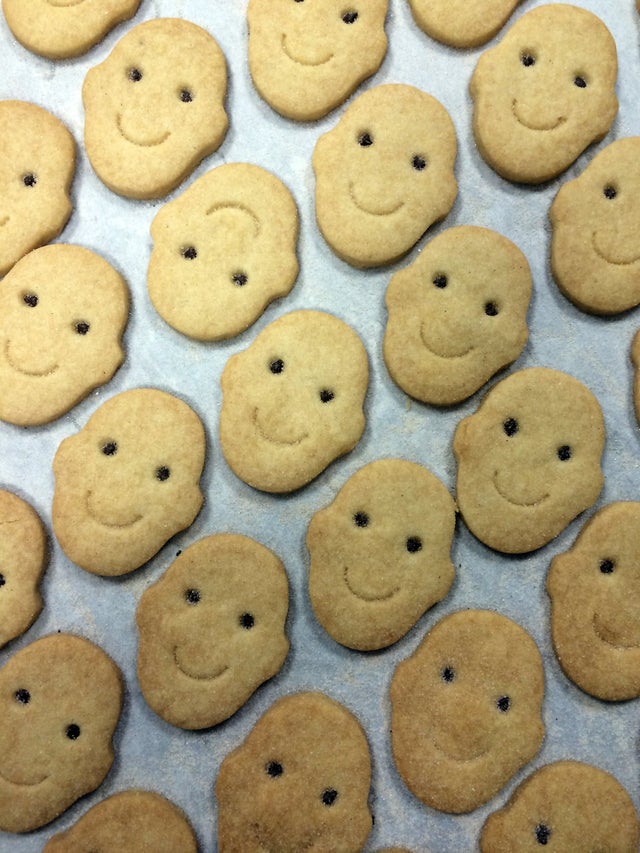 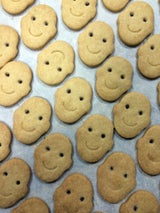 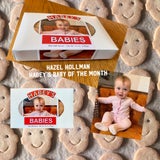 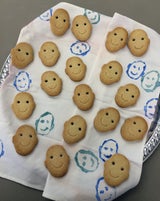 Habey’s BABIES were my first-born signature shortbread biscuits. They’re now over 36 years young. The smiling face icon was far from new. For thousands of years, they had appeared as ideograms and as pictograms. The oldest known example dates back to 1700 B.C. It was found in Karkamis, Turkey by a team of archeologists led by Nicolo Marchetti of the University of Bologna that pieced together fragments of a Hittite pot. Once reassembled, they noticed it had a large smiling face engraved on it.

The more contemporary yellow smiley face was created in 1963 by an American graphic artist and ad man named Harvey Ball. He was commissioned by an insurance company seeking to raise morale among its employees. Its design took Ball less than ten minutes for which he was paid $45. Little did he know his work would go on to become a universal pop icon. I proudly boast that Habey’s BABIES are withstanding the test of time and have predated the ubiquitous smiling face emojis of the current generation! We hope the cookies will bring a smile to your face and help you to celebrate births and solar returns for a long time to come.